Hello, Book Dragons! Today I would like to welcome you all on my stop of the Blog Tour for Sisters Of Berlin By Juliet Conlin, and I would like to share a guest post written by the author, with all of you. Thank you very much to Kelly from Love Books Group for the invitation. Please do show some love to all the wonderful book bloggers on this blog tour by following and sharing their work. 🙂 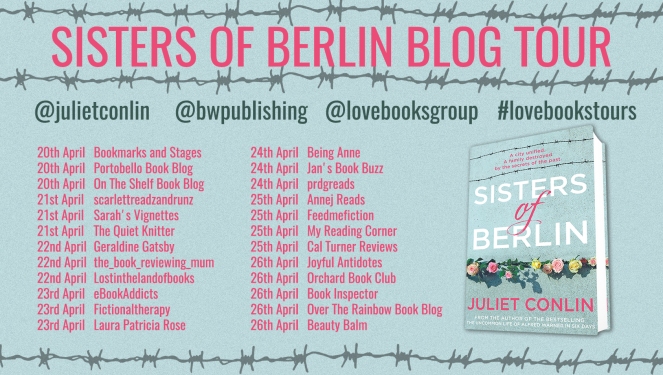 Publisher: Black and White Publishing
ISBN13: 978-1785302886
Genre: Literary Fiction
Release date: 16 04 2020
Price*: Kindle £2.48 (GBP)/  Paperback £8.99 (GBP)
Pages: ~ 384
You can get this book here:
Amazon UK
Book Depository
Description of the book: BERLIN 2019.
A young writer is brutally attacked in her home and left for dead. For her sister Nina Bergmann, it’s the beginning of a nightmare that will threaten to destroy her marriage, her job and ultimately her life. As she sets out to unravel the truth about what really happened to her sister, Nina comes face-to-face with inner demons she believed long since banished and discovers that her sister’s past and that of the once-divided city are intertwined in unimaginable ways. The Wall may be gone, but its legacy still haunts Berlin . . .

I’m often asked where I get the ideas for my novels from. This is a tricky question, as my stories go through so many rewrites I often forget where they started! But I’m pretty sure they all begin with a setting, a sense of time and place. Then, I start thinking about my characters with their quirks and temperaments and personal histories, and how they need to fit into whatever setting they find themselves in. As such, my characters have to match the place, rather than vice versa. This is reflected in major plot lines, but also in more minor things (is it freezing cold in a scene? How does this make the character feel?)

My very first novel, The Fractured Man (Cargo 2013), was set in 1920’s London, and I aimed to capture the dark yet vibrant feel of the city just after the horrors of WWI. As such, my central character was driven by both rationality as well as by emotion, and the story takes us through very dark times towards a more hopeful future. In The Uncommon Life of Alfred Warner in Six Days (Black & White 2017), the main character Alfred moves several times during his lifetime, from the German countryside to Berlin, then to Scotland and finally to England, before returning, at the end of a very long life, to Berlin. These different settings played a major role in his life span, and I was constantly having to consider the development of Alfred’s character against the changing settings.

In The Lives Before Us (Black & White 2019), setting is everything. The story revolves around two Jewish women, Esther and Kitty, who flee Nazi Europe and end up in Shanghai. 1940’s Shanghai was, of course, a different world, and I spent years researching the smells, sounds and tastes of the city also known as the ‘Paris of the East’ (or the ‘Whore of the Orient’, depending on one’s point of view!). Again, my characters’ thoughts, feelings and actions were largely shaped by the environment they found themselves in.

My most recent novel, Sisters of Berlin, is set in my (adopted) home city of Berlin. As with The Lives Before Us, it is an urban novel, with the city almost taking the role of a character within the novel. Berlin is a city with an extraordinary recent history, and it was with this in mind that I created the story around Nina Bergmann, whose life begins to unravel after the death of her beloved sister.

Sisters of Berlin is a story of how the city continues to reckon with its history, and how those who have experienced this history can themselves find their lives unsettled by the ghosts of the past. It I do hope my readers enjoy it, and I would be delighted to hear from them! 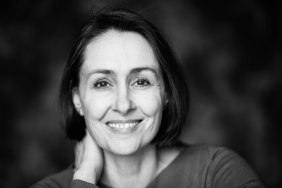 About the author: Juliet Conlin was born in London and grew up in England and Germany. She has an MA in Creative Writing from Lancaster University and a PhD in Psychology from the University of Durham. She works as a writer and translator and lives with her family in Berlin. Her novels include The Fractured Man (Cargo, 2013), The Uncommon Life of Alfred Warner in Six Days (Black & White, 2017), The Lives Before Us (Black & White, 2019).

*-the price was taken from Amazon.co.uk and Amazon.com on the current date. The price might change at the time of your purchase. The links used in this post for book purchases are affiliates.

Reviews of books to suit every budget and host of Goodreads Monday, Time Travel Thursday and All Over Instagram!